The popular dog-memes cryptocurrencies; Dogecoin (DOGE) and Shiba Inu (SHIB) were the top meme coin packs that paved the way for other meme coins and tokens by skyrocketing in price and market capitalization.

As of November 2021, Dogecoin had gained over 8,000 per cent since the outset of the year and by market capitalization, it now ranks among the top coins in the world. In this CoinBuns blog, we will be taking a look at the best meme coins and tokens that are currently trending in the crypto market.

What Are Meme Coins And Tokens?

Meme coins are cryptocurrencies that come from an internet meme or a parody on social media.

Dogecoin was the first meme coin ever to be introduced as a parody, it was launched in 2013. This meme coin was founded on the popular Doge meme of a Japanese Shiba Inu dog. And ever since then, it has experienced exponential growth.

Meme tokens are often volatile. Thanks to the online community endorsement, since they are community-driven, they can become famous overnight. The only challenge here is that their price is not stable and can wane at any time, particularly when traders turn their attention to the latest famous meme coin.

It is quite amusing to know that meme coins are available in huge volume and an unlimited supply so traders can buy and trade as much as they want.

The source of meme coins’ popularity can’t be ascertained but many say it could have been when Elon Musk humoured about DOGE publicly on TV that it gained more attraction from crypto enthusiasts.

One of the many reasons why people find meme coins attractive is that they don’t cost much, it is about a few cents or just a fraction of a cent. Moreover, the low price doesn’t accomplish much because these tokens are unlimited.

Hence, it has become very easy for traders to get thousands or even millions of DOGE, SHIB, or Akita Inu tokens with a little bit of money (dollars). There are numerous meme coins available for exchange. Here are the top meme coins and tokens that you will find accordingly on theCoinMarketCap:

DogeCoin is known as the first meme coin (dog coin)to be launched into the crypto market. It was created by software engineers, Billy Markus and Jackson Palmer who wanted to build a payment system as a parody to make a mockery of the wild speculation of cryptocurrency at that time.

The token of this dog-themed coin is known as DOGE. Several celebrities, musicians, Tv stars, and particularly Elon Musk have thrown in their weight extensively on this dog-themed cryptocurrency and as such become ardent supporters of DogeCoin.

Shiba Inu is a decentralized finance cryptocurrency that was created by a group called Ryoshi. Its name was inspired by a breed of a Japanese dog, one that is almost similar to the one shown as Dogecoin’s symbol.

The token of this meme coin is known as SHIBA. It was one of the pioneering meme coins that showed others that they could also be accepted and grow exponentially.

This meme coin was created as an almost imitation of Dogecoin. It aims at replicating the success of Dogecoin while being funded by Elon Musk’s plans to occupy Mars.

About 50 per cent of the ELON liquidity was locked up by the founders of Dongelo Mars in a Uniswap Liquidity Pool while the other 50 per cent was donated to a wallet owned by the founder of Ethereum. Its token is called ELON which is an ERC-20 utility token that is compliant with the Ethereum network.

MonaCoin is a digital currency that is primarily used in Japan. Mona uses a blockchain code that is based on Litecoin. This cryptocurrency was created in 2013 and inspired by a cat-like figure using ASCII characters.

It uses the prove-of-work operating protocol that is quite similar to Bitcoin but runs a faster transaction process than Bitcoin. The token for this cryptocurrency is known as MONA. A MonaCoin miner can receive a reward whenever they process new blocks of MonaCoin transactions.

Samoyedcoin is a cryptocurrency that was built on the Solana platform. It is one of the largest dog-themed coins in the crypto market and was inspired by Dogecoin. The token for this Solana’s built cryptocurrency is known as SAMO.

ERC20 is an official protocol that is being used to issue and implement tokens on the Ethereum blockchain. It was launched by Fabian Vogelstellar in 2013.

ERC20 is not software but can be referred to as a technical guideline for cryptocurrency enthusiasts.

Hoge Finance is a community-driven Defi auto-staking ERC20 token that often crowns users with a reward for holding a HOGE token. However, the Hoge token is a deflationary currency as it will soon lead to the scarcity of cryptocurrency.

DogeBonk is a decentralized financial payment system that was built on the Binance Smart Chain (BSC). It is accompanied by deflationary characteristics and an automatic yielded generation.

It manipulates a basket of fiat-pegged stable coins via its algorithmically stabilized and reserve currency DOBO, to stimulate programmable earnings and open financial infrastructure growth.

Banano is referred to as a fourth-generation cryptocurrency that employs Directed Acyclic Graph (DAG) which is being built on a block-lettuce architecture, where each user owns full rights to his blockchain.

Banano was launched by Nan in April 2018. The primary currency for this meme coin is known as BANA. It was built similarly to Dogecoin as it is not too technical to start since it was created on the idea of fun.

Doge Dash is a cryptocurrency that was inspired by the Mario Run game. It permits anyone to earn coins through skilful gameplay and assistance to the ecosystem.

The design of the game is simple as all you need to do is to dash as fast as you can through all the 10 levels while collecting coins along the way and successful players who can complete all levels will be awarded the collected coins which will reflect directly to their wallets.

Its sole aim was to be able to facilitate the buying and selling of adult content via cryptocurrency. The primary currency of this cryptocurrency is called the CUMMIES token.

WOOF is a native utility token that is being wielded for the following:

However great this cryptocurrency might seem, it is not being supported by CoinBase.

Dogs of Elon are referred to as NFTs that was recently launched into the crypto market. It was named after Tesla CEO, Elon Musk.

It has a total of about 10,000 unique dog-themed NFTs accompanied by several K9 options for traders to select from which eventually makes mining easy for users. The native currency for this meme coin is known as DOE which can also serve as its token.

DOGGY is a token that will allow users to trade DOGGY for Crypto Doggy NFT. These cute animated doggies symbols are built by one of their featured artists, which is often accompanied by a gif format.

They are generated in a sequence that has led to the collectables of about 10,000 different types of Doggies, that have a unique rarity and collectable values including common, uncommon, and rare.

This meme coin was launched on May 13 2021 and ever since its inception into the crypto world, it has experienced exponential growth. 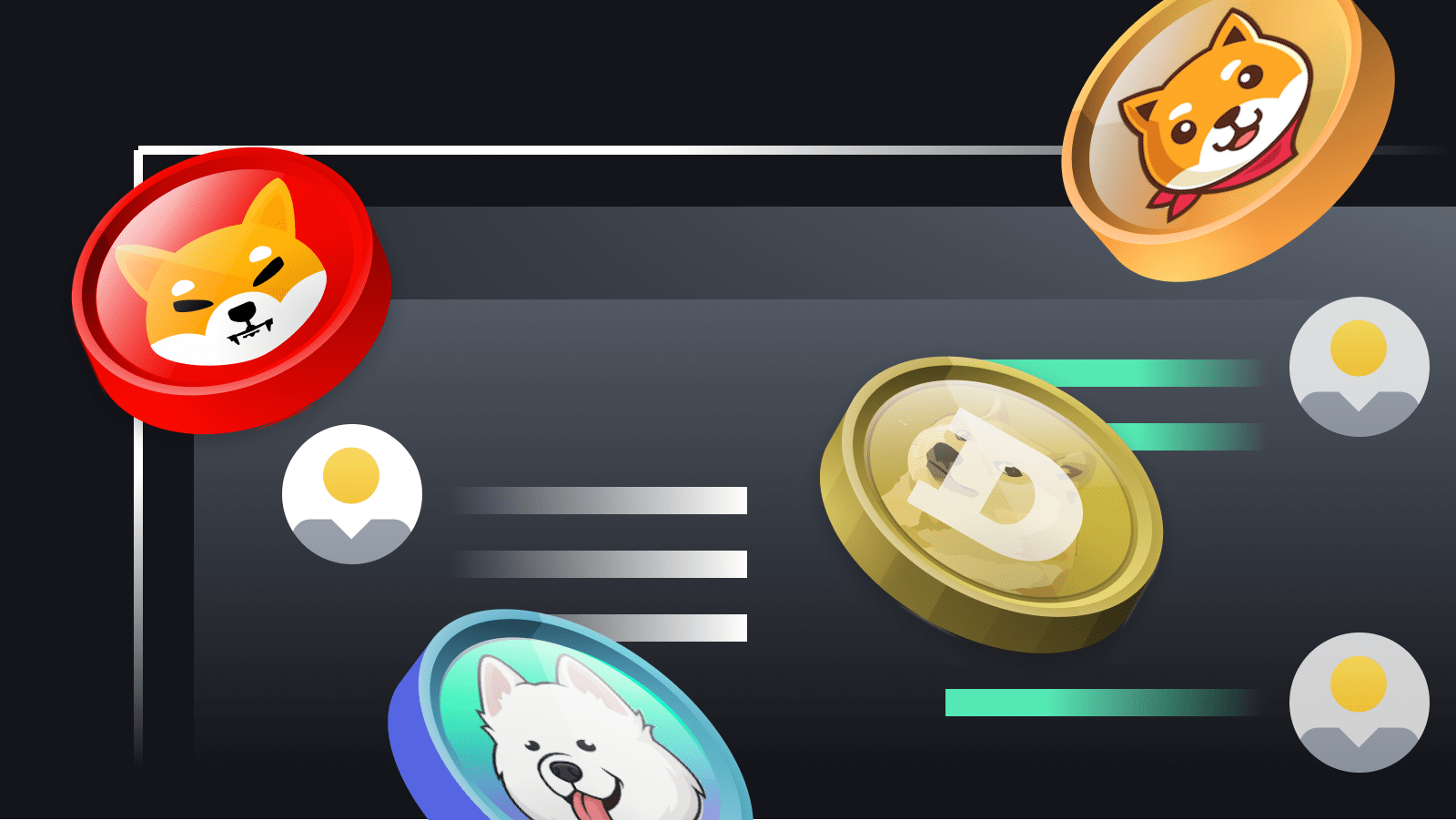 Meme coins were created just for fun, and there are now plenty of risks attached to investing in them. They are highly theoretical assets that have no inherent value. Hence, you will have to control price movements closely to take advantage of the increase in demand.

This is because of the pump-and-dump schemes or endorsements from celebrities or influencers advertising these cryptocurrencies.

If you desire to hold onto your meme coins for a longer duration, then you might want to consider investing in a cold wallet as well. This is because a cold wallet will permit you to ensure that your coins are stored offline securely, thereby deterring any hackers from accessing your cryptocurrency.

Kathy Brooks is a digital marketing specialist at IPB Digital LLC. She is a technical writer that is fascinated with all things blockchain, cryptocurrency, digital assets and web3. Follow IPB Digital LLC on LinkedIn, Facebook and Twitter.